As far as I'm concerned The International VFX Town Hall meeting held tonight was a success.  Considering the turnout though, I fear it is a small sampling of the actual artists working in the industry, especially at the big houses, but I'm sure many will or have already caught the action on youtube.  Unfortunately there are no stats to see how many views it has...  FXGuide covered the event with constant updates last night.
For me, the biggest news from the night was when Scott Ross referring to the letter he sent out on March 5th to 15 CEO's & managing directors of the top visual effects companies around the world, (almost all of them, he mentions, except some from across the pond, which may be in part due to a timing issue, still working on that) announces that finally the visual effects houses are now interested in and have agreed to investigate the possibility of a trade association!

There were many important topics covered and constructive ideas shared, most of which were in regards to unionization and subsidies... So if you haven't yet, and your reading this now, you need to go and watch the VFX Town Hall in it's entireity, if you somehow found yourself here reading this, yes, you should go and watch the whole thing, required viewing.

Dave Rand spoke to us all, his gentle but firm delivery shared through stories along with welcoming insight served and represented us well.  Here are a few key points I found of great influence. (more links coming below as I have time to hunt the rest down, zZzZz time)


Scott Squires on Post-production supervision
A director is given so many days to shoot live action. The producer, line producer and 1st AD all encourage and guide the director to shoot their moving in the allotted time. They have to shoot so many setups a day to meet their schedule. A director is less likely to do 100 takes or change their mind after shooting a setup or ask for a lot of reshoots because they have a limited time and they have others who keep them on track. Once into post-production there is no one working with the director to keep them on track. Because the vfx is done by an outside company that may not charge for all changes and overages, the changes continue. As these changes continue workers work more overtime and the company loses more money. If the studios had a strong post-production person and treated visual effects more like live action that would stop.

Photos from the VFX Town Hall by Aaron Kupferman

-"VFX Town Hall video" has been viewed over 13,000 times in the last 12 hours.
-Top referrers to the Video, in order: Facebook, Twitter, VFX Soldier, FX Guide, AWN, Reddit
-After the video, "VFX Union Info" is the 2nd most popular page on our site.
-Top buzzing countries, in order, are: US, UK, Brazil, Canada, Germany, France, India

The World is watching :) 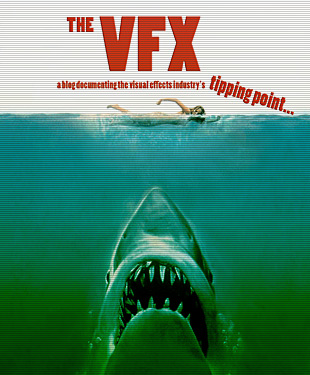